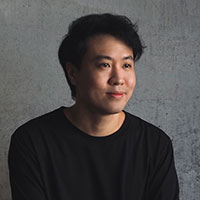 The character’s popularity has spread from Thailand to the rest of the world.

The brand is looking for more global partners.

Cheeky yellow bird, Warbie, the creation of an award-winning Thai animation director, Arut Tantasirin, is taking the world by storm.

The story began in 2007 when Arut was studying for his master’s degree and living in San Francisco. After walking around the Japanese area of the city, he started creating his personal animated short film, “Cheez…z”. The story was about Yama, an old man who tries to get a nice photo of Warbie, a cheeky little bird with a good heart. Warbie was inspired by an injured bird Arut once helped when he was a child, and Yama was a kind old man holding a camera that Arut encountered in San Francisco.

The chemistry between these two characters developed into an animated short film screened in the US at film festivals, cinemas and art museums. “Cheez…z” has won more than 10 awards from many countries. Arut himself also has been nominated for an Emmy Award from his work on a TV series at Nickelodeon Animation Studio.

The Warbie Yama character emoticons on LINE was ranked in the Top 10 for most downloads. The original character, Warbie, won the Character of The Year award in 2019 and 2021 from the Bangkok International Digital Content Festival (BIDC). Now the growing fan base in Thailand has prompted the creation of merchandise, such as plush toys, shirts, hats, cloth bags, stationery and pins. The initial target audience was the character’s fan base in Thailand, USA, Taiwan, Indonesia, Hong Kong, China and Japan where the popularity of Warbie Yama emoticons on LINE has skyrocketed.

“At the end of the day, our focus is not on the business. Our mission is to make Warbie your friend who can keep you company so that you’re never alone. It comes from our brand’s concept of ‘Warbie Is Everywhere With You’, and we will continue to promote it around the world,” said Anita Tantasirin, Managing Director of Arwama Co., Ltd.

After exhibiting at the Bangkok International Digital Content Festival, which the DITP was one of the strategic partners, the response has been quite good due to having fan bases in many countries, thus gaining more business partners.

Arwama has plans to create more online and offline content in the future, and company is interested in attending Licensing Expos in Las Vegas, Hong Kong and Japan to reach the buyers looking for Character IP and international branding.